Madhubani paintings are generally about occasions and festival such as birth, marriage, Holi, Surya Shasti, Kali Puja, Upanayanam, Durga Puja, and other important days in the Hindu calendar and traditions. 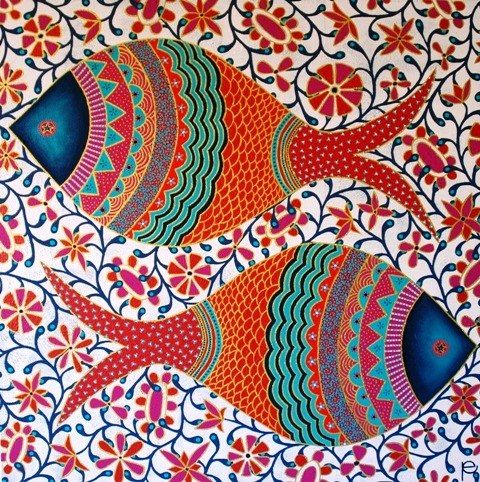 These painting generally use symbols like lotus, the moon, sun, fish, elephant, parrot and turtles to demonstrate the occasion of marriages or any other auspicious occasions.

The Origin of Madhubani:

It is believed that this Art originated in the era of Ramayan. It is said that King Janaka, Sita’s father, gave the order to crafters to embellish the entire kingdom with Madhubani art in the occasion of his daughter’s marriage with Lord Ram. 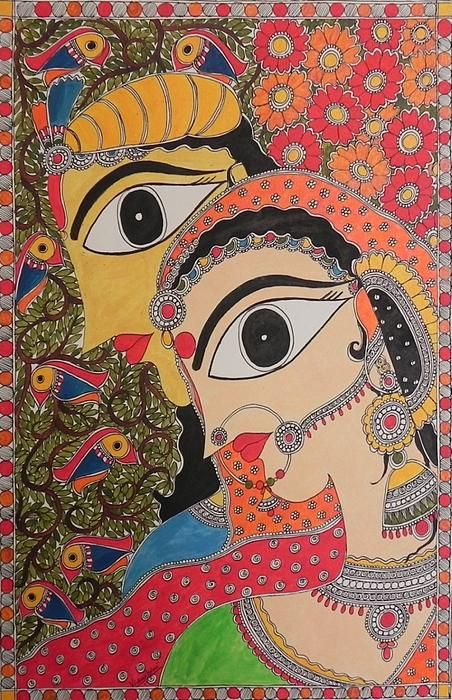 This Art was unidentified to the world until it was exposed by the British colonial William G. Archer.

While inspecting the damage after the massive earthquake of 1934, in Bihar, Archer was amazed by the stunning designs on the newly exposed interior walls of homes, and then he took some black and white photos of these beautiful paintings, which today are the recognized as earliest images of this beautiful art.

He wrote on the subject of these paintings in a 1949 article in ‘Marg’ an Indo-Nepal Art Journal.

It also plays a giant role in preventing trees from being cut down. Shocked? Well, this art is used for decorations and also used for worship. Artists of Bihar make this Art on trees depicting Hindu deities and due to strong religious beliefs, people don’t cut them down.

This art has established an international platform and is formed on a variety of things like paper, cloth, canvas, utensils, bangles, paper-mache products, wall hangings etc.

Thank you for stopping by here!!

5 thoughts on “Madhubani Painting – The Art of Mithila”